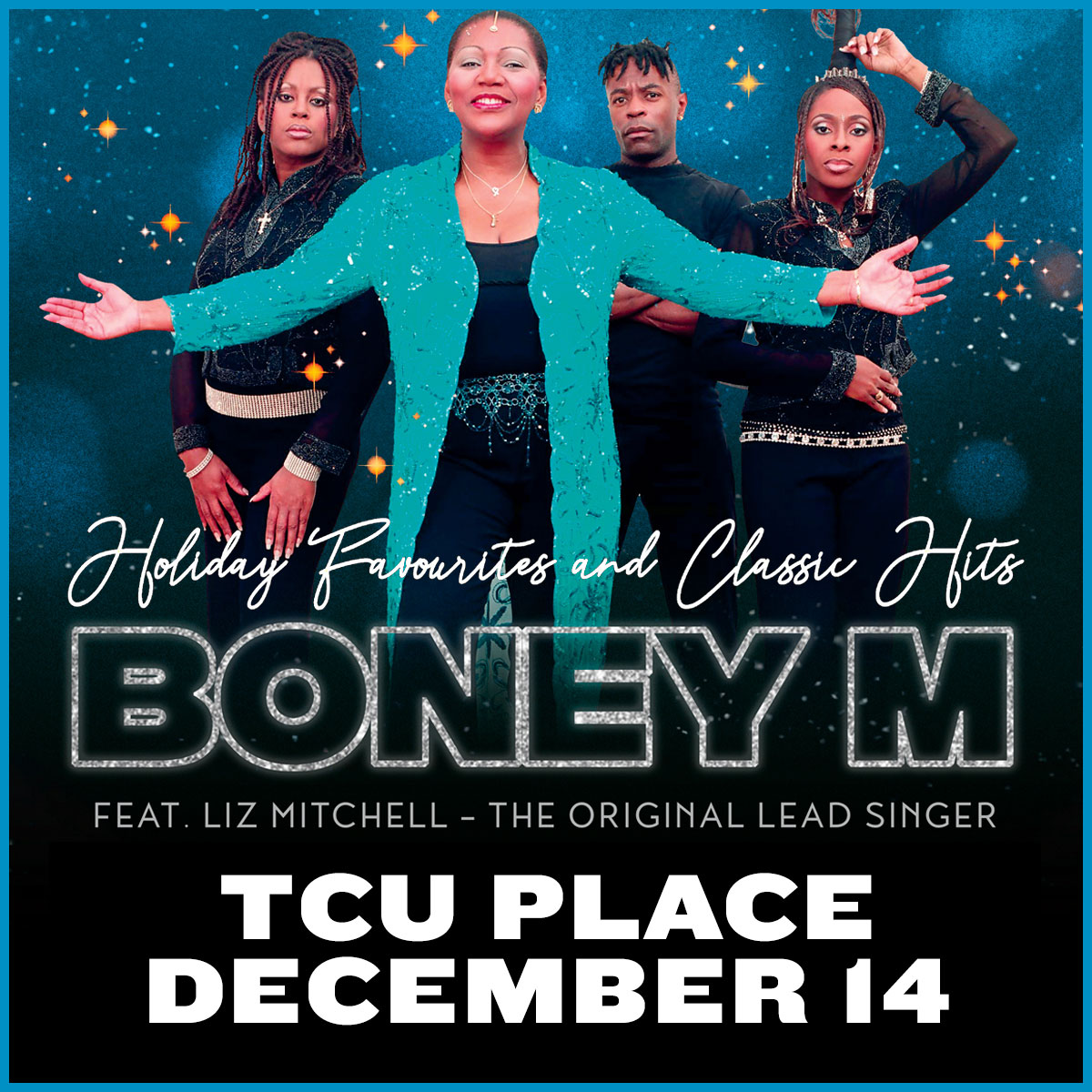 TCU Place and The Broadway Theatre are honoured to bring BONEY M. Featuring LIZ MITCHELL back to Saskatoon this holiday season! Last year's show sold out within minutes, with the two additional performances that were added to accomodate demand selling out in just an hour.

Boney M. was not only THE disco cult band of the 70's and 80's but remains a living legend of the entire disco era. Originally founded in Germany by writer and producer Frank Farian, Boney M. was one of the disco-oriented pop acts which dominated the charts throughout the late seventies and early eighties with a String of hits well remembered to this day. Farian molded the four-piece band in the dance-pop fashion, featuring the stunning vocals of Liz Mitchell, which proved irresistible to radio, dance floor and partygoers. The original and only lead singer of Boney M. was born in Jamaica and moved to London at the age of eleven.

She always wanted to be a professional singer and with her mother's belief and support she finally got lucky; when working as a secretary an agent called and offered her a leading role in the musical Hair. Liz accepted and moved to Berlin where she stayed for three years. After this she began working towards her original goal to be involved in the music business. Whilst in London doing a recording session Liz was asked to join a new band, Boney M. This role launched her international singing career and the rest is history.

The biography of Boney M's hits is extensive. The group had eight Number One hits in the European charts with the following singles: Daddy cool, Sunny, Ma Baker, Belfast, Rivers of Babylon, Brown Girl in the Ring, Rasputin, Mary's Boy Child. In addition to the successes of Boney M's singles was the success of three Number One albums in the European market: Take the Heat off Me, Nightflight to Venus, Love for Sale.

Of course, Boney M is also synonymous around the globe with the Christmas season thanks to their incredibly enduring Christmas Album (1981). If you don’t start humming along when “Mary’s Boy Child”, “Feliz Navidad” or “Little Drummer Boy” start up…..then you are missing out!

We are now in the 21st Century and Boney M's international success during the past thirty-five years has proven that their hits definitely belong to the collection of timeless classics. In 2019, Boney M. featuring Liz Mitchell is still a phenomenal live act drawing huge crowds across Europe and around the world.

TCU Place is very proud to partner with Broadway Theatre to bring BONEY M back to Saskatoon.