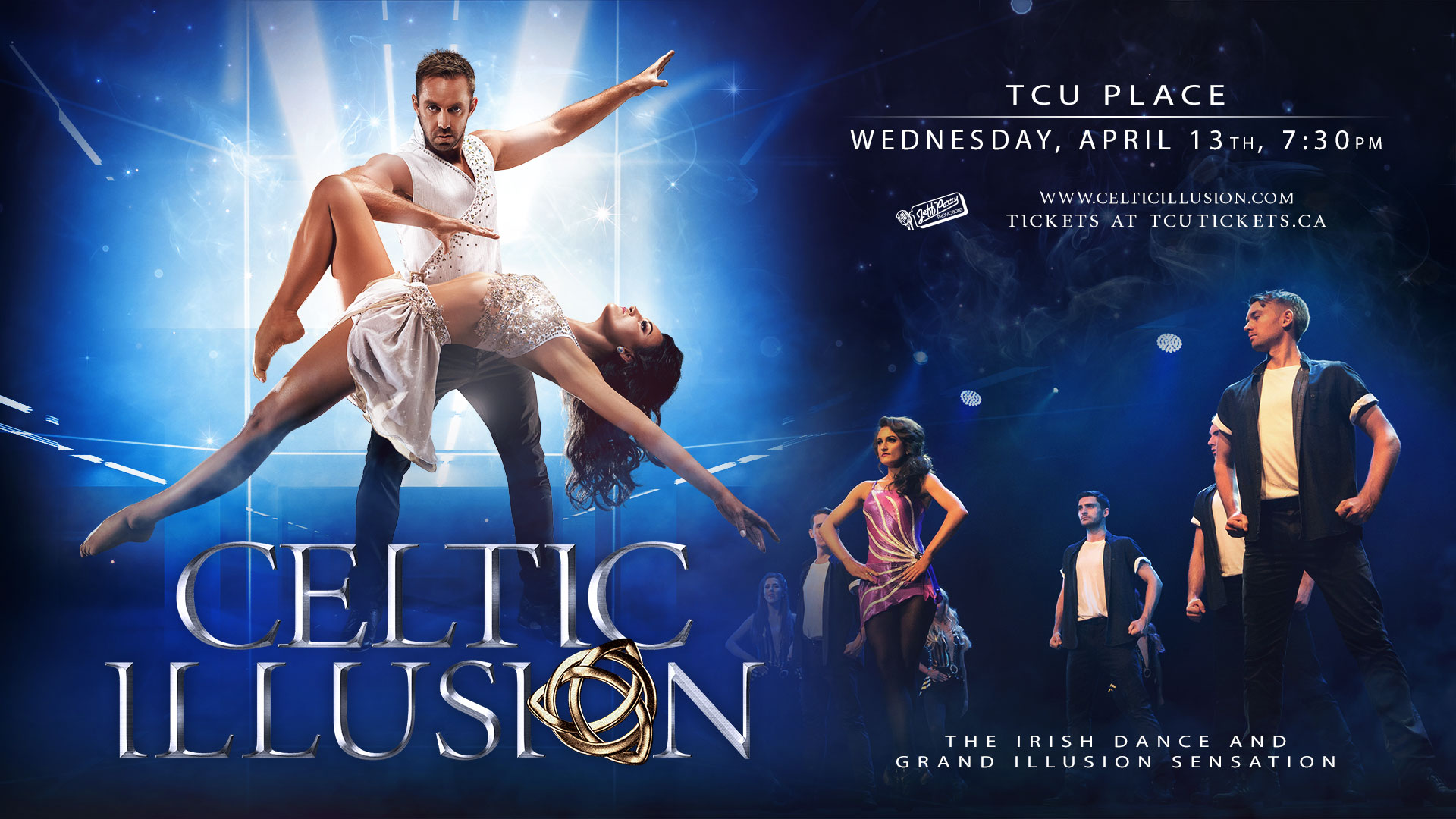 Celtic Illusion will be bringing the magic to the TCU Place on April 13, 2022.

“Celtic Illusion has enjoyed great success, regularly performing to sell-out audiences since the show premiered in 2011.

“We have people contacting us all the time asking when Celtic Illusion will be coming to their town, and so we’re really looking forward to bringing the show back to Saskatoon and to perform in TCU Place!”

“Audiences will be impressed by some of the fastest tap dancing in the world, not to mention an incredible soundtrack composed by a stellar team including Angela Little who co-composed Baz Luhrman’s film Australia, as well as Steve Skinner who has arranged and produced for artists such as Celine Dion, Stevie Wonder and the Broadway musical Rent.”

Street is the creative mastermind behind Celtic Illusion, and has an interesting story – not unlike that of Billy Elliot.

Born and raised in Melbourne, Street lives a double life; getting his hands dirty as a demolition worker by day and lighting up the stage as lead dancer for the show by night.

Street grew up surrounded by motorbikes, racing cars, hunting and football before he first fell in love with Riverdance and, with the assistance of his grandmother, he began secretly taking Irish dancing lessons. Today he is a world-renowned dancer, recognized as the first Australian to perform the lead role in Michael Flatley’s widely acclaimed Lord of the Dance as well as being responsible for the dance and magical sensation Celtic Illusion.

Still on a high from the success of its recent tours, which included a marquee performance at Her Majesty’s Theatre in Melbourne as well as sell out shows across South Australia and New Zealand, Celtic Illusion boasts electrifying new choreography with the Irish dance and magical illusion spectacular set to blow audiences away.

Now is your chance to witness the magic that is Celtic Illusion!