The Children of Ukraine Benefit

Due to unforeseen circumstances, the “Children of Ukraine” show originally scheduled for May 20, 2022, has been cancelled. Please contact the Box Office at 306-975-7799 for a refund. We are open Monday to Friday from 9:00am-4:00pm. We apologize for the inconvenience. 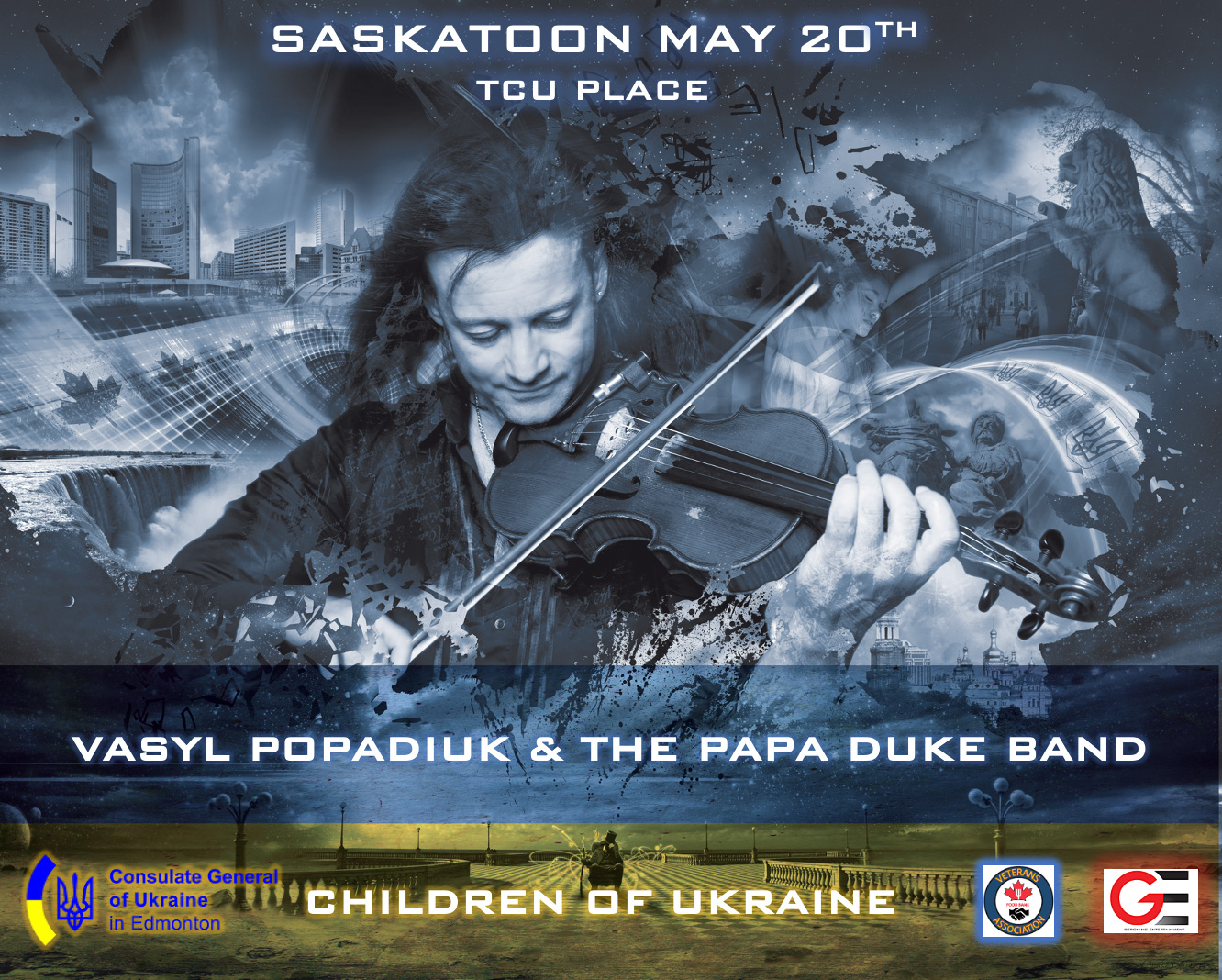 Benefit Concerts for the “Children of Ukraine”

Vasyl Popadiuk announced he will be touring several western Canadian cities this spring to help raise funds in response to the humanitarian crisis in Ukraine. Popadiuk is a classically trained violinist from Kyiv, Ukraine, now living in Ottawa, Ontario. Popadiuk is also a world-renowned musician, he will perform alongside his five-member band, Papa Duke during the benefit concerts. Popadiuk and the Papa Duke Band will play in Vancouver, B.C., Edmonton and Calgary, A.B., Regina and Saskatoon, S.K, and Winnipeg, M.B.

All proceeds raised from this concert series will be shared equally between the Regional Children’s Hospital in Luhansk, Ukraine and the Regional Orphanage in Sumy, Ukraine.

Vasyl Popadiuk studied at the Lysenko Music and Drama School when he was a seven-year-old living in Kyiv, Ukraine. Popadiuk was considered a child prodigy and continued his education at the Ukrainian National Tchaikovsky Academy of Music. Popadiuk comes from a musical background, his father, Vasyl Popadiuk Sr., was a renowned composer and pan flute player who originally wanted his son to follow him as a flautist.