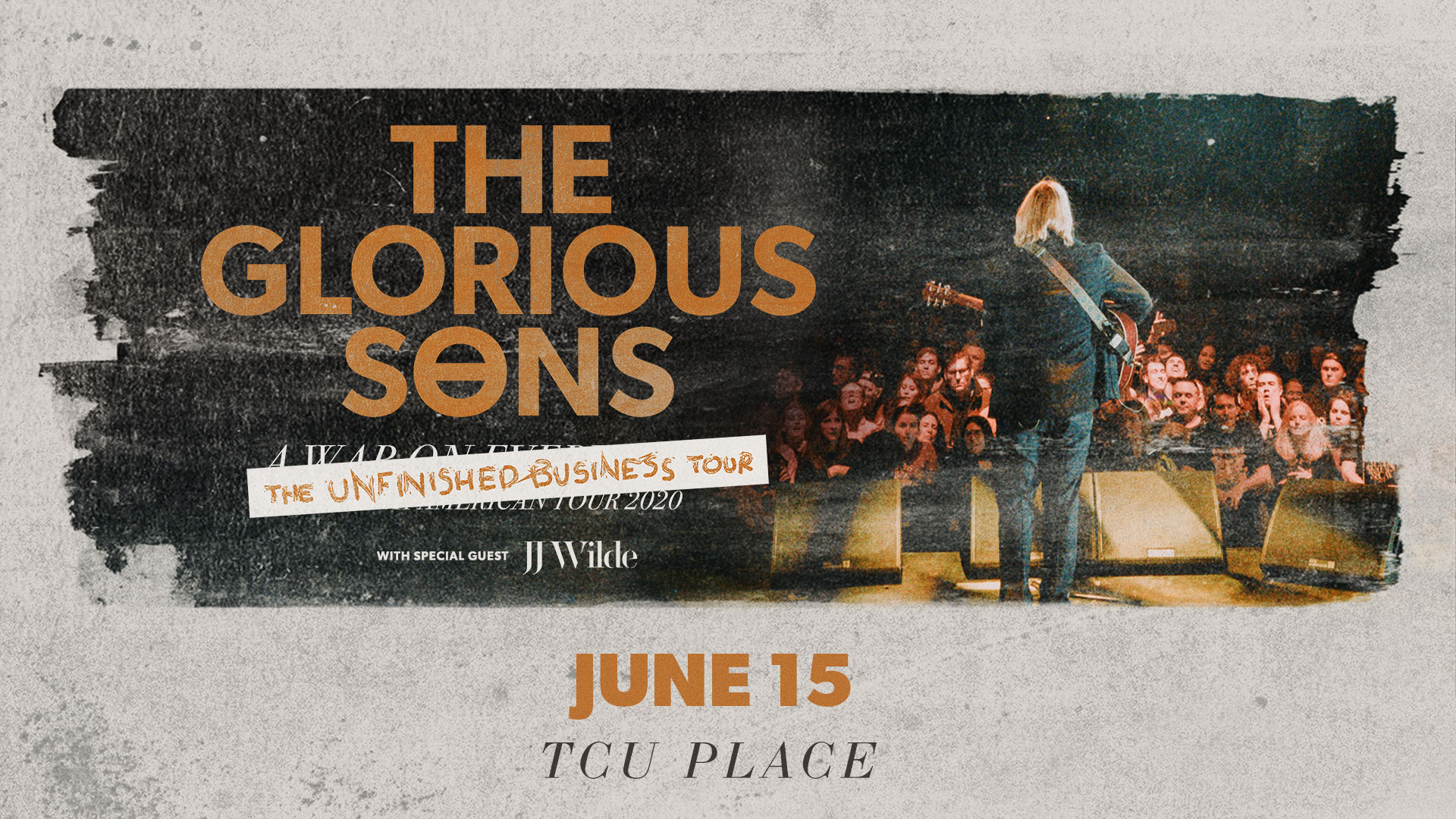 ABOUT THE GLORIOUS SONS

For JUNO Award winning, two-time CRIA Platinum-certified and six-time CRIA Gold-certified rock group The Glorious Sons, the past few years have been an incredible journey, leading to the meteoric rise of their recognition as one of the commanding forces in rock ‘n’ roll, not only at home but globally. “S.O.S. (Sawed Off Shotgun)”, the final single released from their JUNO Award winning 2017 album “Young Beauties and Fools” not only reached the #1 spot at U.S. Mainstream Rock for four consecutive weeks but was the #1 most played song on U.S. Rock radio and most played CanCon song at Canadian Rock Radio for 2019, in addition to holding the #1 spot at Active Rock in Canada for 10 consecutive weeks and spending a record setting 64 weeks on the Canadian Rock Radio Chart. Their third full length studio album “A War On Everything”, named one of (Classic Rock UK’s) Albums of the Year, saw international acclaim as the lead single “Panic Attack”, became their second consecutive U.S. #1, also climbing to the top of the charts at home, where it spent an impressive ten consecutive weeks at #1, along with the album’s second single “Kingdom In My Heart” that notched the band their third consecutive #1 and 12th consecutive Top 10 radio hit in Canada.

Dominating airwaves since the release of their 2015 debut “The Union”, The Glorious Sons have amassed a catalogue of lyrically driven, unpredictable thought provoking anthems for the socially conscious, that resonate with fans and wield their signature energy and spirit, complemented by jarring theatrical delivery and a mesmerizing live show.

From headlining clubs to arenas and festival dates, from playing tiny rooms to massive shows with The Rolling Stones, Twenty-One Pilots and touring across the U.S. with The Struts, and from growing up in Kingston to headlining a hometown show at Richardson Memorial Stadium attended by over 14,000 of their biggest fans, The Glorious Sons have steadily cemented their position as “Canada’s Best Export” (Washington Times). 2020, kicked off with multiple sold out dates on the North American “A War On Everything” headline tour before the world shut down. Currently nominated for a 2021 JUNO Award for Group of the Year - expect the unexpected as the The Glorious Sons return to the studio to do what ‘they’ love best.

* Venue seating configurations can vary market-by-market. General Admission tickets are standing only ** Purchase of VIP package does not guarantee a Meet and Greet *** Winner of the Meet and Greet will be notified prior to the show date

All package purchasers will be contacted via e-mail a few days prior to the event date. Information will be sent to the e-mail address provided at the time of purchase. All sales are final. There are no refunds or exchanges under any circumstances. All packages and package contents are non-transferable. VIP merchandise may arrive after the show date. Package purchases are restricted to U.S. & Canadian addresses only. All VIP programs and timelines may vary market-by-market and are subject to modification at any time for any reason. Information provided at the time of purchase (name, address, e-mail, etc.) is the same information that will be utilized for individual contact requirements as applicable. The artist, tour, promoter, ticketing company, venue or any other affiliated parties are not responsible for outdated or inaccurate information provided by the consumer at the time of purchase. Commemorative VIP laminates are for commemorative purposes only. The VIP laminate does not gain or authorize access into the venue, VIP or any backstage areas.