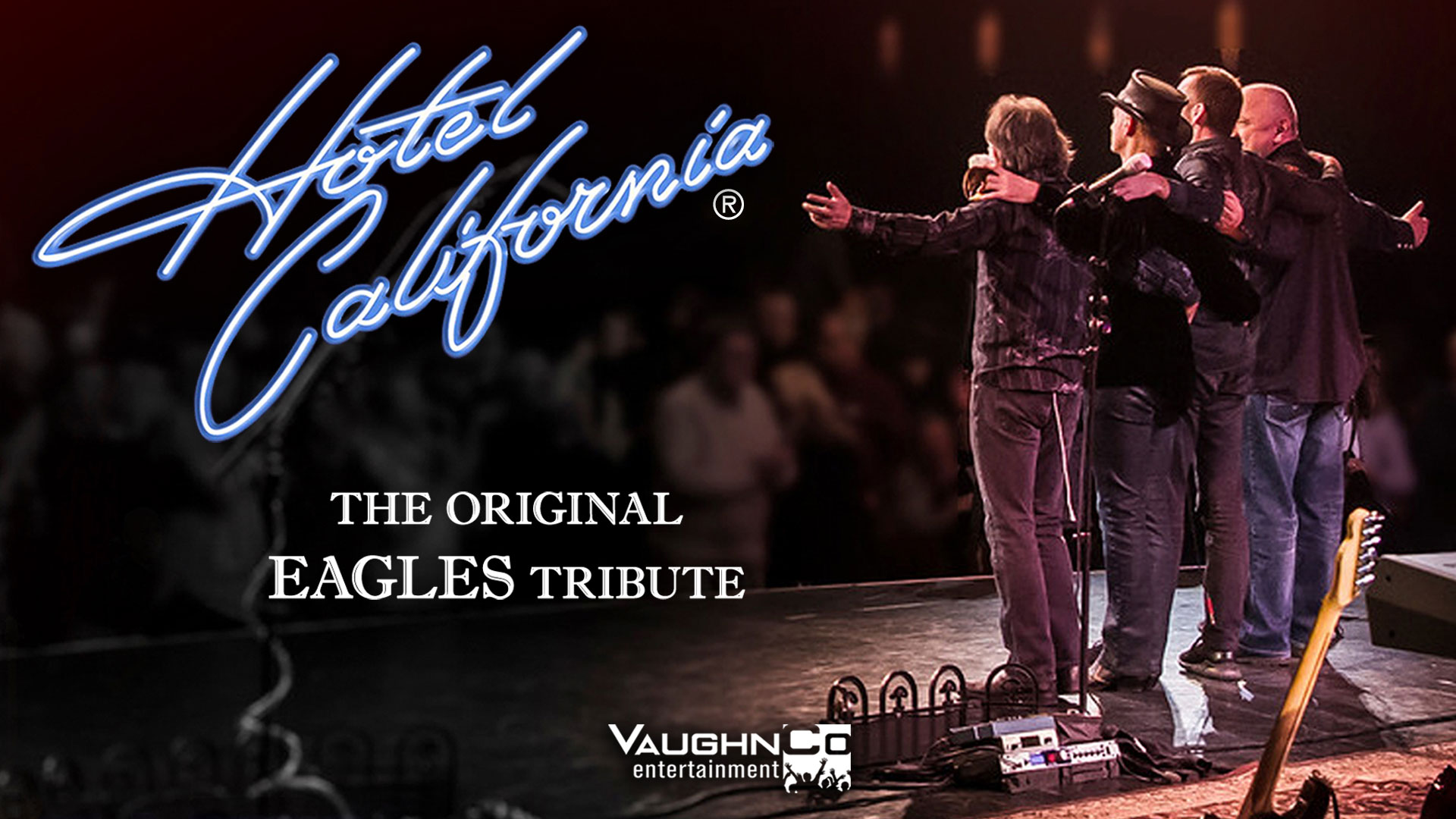 From the same promoter that brought you "RUMOURS The Ultimate Fleetwood Mac Tribute", VaughnCo Entertainment is proud to present

When The Eagles stopped to catch their breath a few decades ago, having sold over 100 million records, collected six Grammy’s, and enjoyed six #1 albums, Hotel California began a pioneering journey through their history-making music that has taken them around the globe and thrilled hundreds of thousands of Eagles fans. Hotel California toured relentlessly from the 80’s straight through to today, setting the standard for world-class tribute productions as they went, and sharing stages with the likes of The Doobie Bros., Lynyrd Skynyrd, Gretchen Wilson, REO Speedwagon, and many more. From Japan to Dubai, Toronto to Texas, Hotel California has boldly taken the tribute band where none had gone before them and changed an industry’s collective mind about how good a “tribute” band could really be.

The experience of a Hotel California show isn’t just about the band – it’s about celebrating the music and the memories, and the band gets the audiences involved and on their feet!

Close your eyes and you’re right back there…You’ll hear all the hits, remarkably replicated, in this spectacular show! 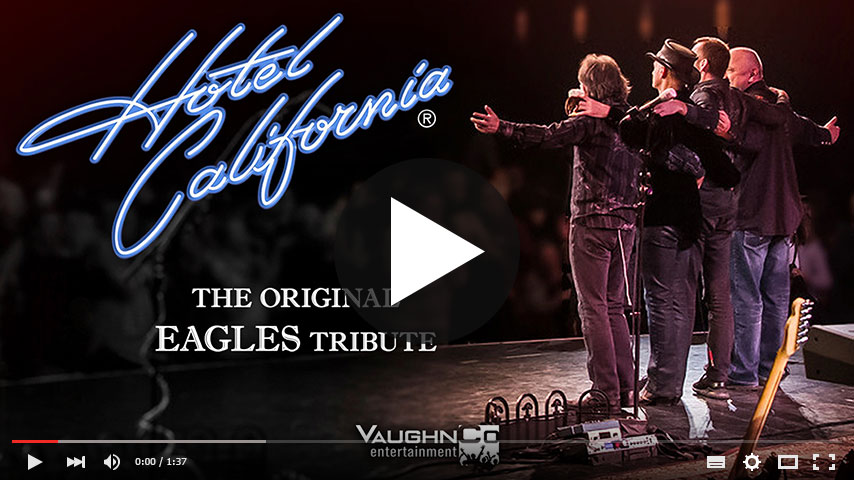 Message to VaughnCo Entertainment Customers regarding the Hotel California Show

In response to the rapidly evolving situation related to the COVID-19 global pandemic, VaughnCo Entertainment is acting on the recommendations of Canada's Chief Public Health Officer to practice social distancing and avoid gatherings of more than 50 people. We are taking action to protect the health of the general public by rescheduling the Hotel California show to May 1, 2022. All previously purchased tickets will be honoured for the newly rescheduled date and we look forward to seeing you there. VaughnCo Entertainment is committed to bringing you world class entertainment for years to come and appreciates your patience in these uncertain times. It is of the utmost importance for all Canadians to work together now to stop the spread of this virus, we wish you all the best now and for the future, stay safe.