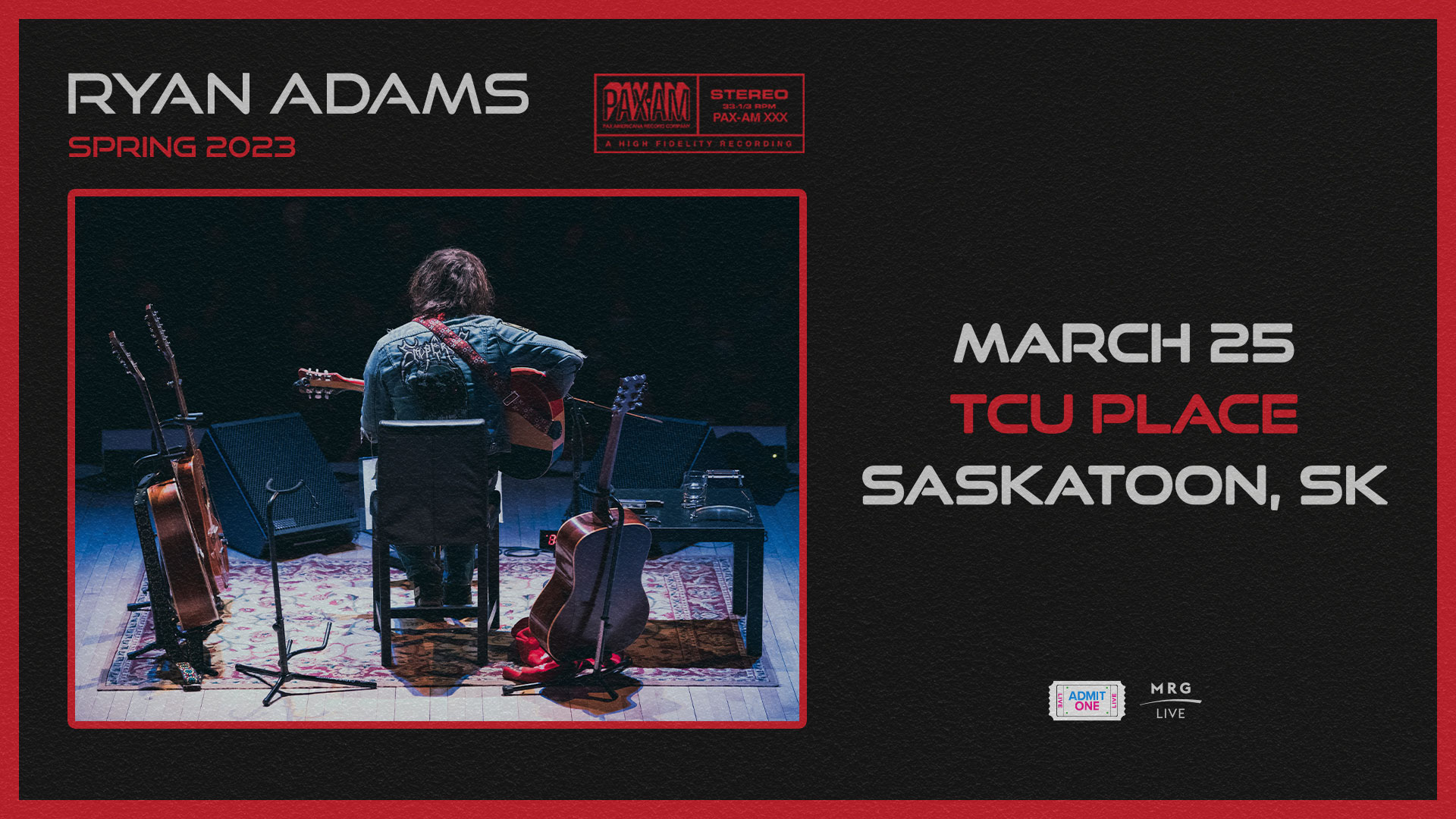 In the breakout power ballad from his 2017 album, PRISONER, multi-Grammy nominated singer-songwriter Ryan Adams asks, “Do You Still Love Me?” Judging from the reaction to his wildly successful touring since kicking off with a sold-out performance last May at Carnegie Hall, the answer, among his legendary fans, is a resounding YES! To continue to meet this demand, Adams is adding 15 more shows throughout March and early April in the US and Canada. This will make a total of 31 shows in 28 cities since his tour kicked off.

This leg of the tour kicks off March 15 in Boise, Idaho at the Egyptian; moves to the Fox Theater in Spokane; The Hult Center in Eugene, then on to Fed Way PAC in Auburn, WA. From there he moves north to The Royal Theater in Victoria, BC; The Vogue Theatre in Vancouver, BC; Bella Concert Hall in Calgary, AB; McDougall United Church in Edmonton, AB the 24th of March; TCU place in Saskatoon, SK the next night; off to Winnipeg and the Burton Cummings Theater; then on the 28 of March back to the US at The Barrymore Theatre in Madison; then the Pari Casino in Bensalem, PA; Chester, NY and the Sugar Load PAC is next; followed by the Count Basie Center in Reed Bank, NJ; and finishing off this leg August 2 at the Patchogue Theatre in Patchogue, NY.

Concurrent with this announcement, Adams is releasing his fifth album of the year, a front to back covers of the classic Springsteen album, NEBRASKA, honoring the 40th anniversary of the release of this legendary album, that he has been covering regularly on his tour. As his holiday gift, he’s making it available as a free download on his store: paxam.shop

The concerts will feature Ryan, his guitars and a piano in an acoustic tour-de-force – playing songs across his awe-inspiring catalogue. Adams have averaged more than 30 songs per concert and often plays longer than three hours at a time.

Alone on the stage, the shows are an intimate showcase of Ryan’s life-long dedication to song-writing in which his abilities are highly adored by artistic peers and cherished fans alike. Bewitching vocals and captivating guitar playing-combined with a new setlist at each show - ensure that the performances will be truly unique and unmissable occasions to all of those who appreciate the craft and performance of Adams’ unique soulfulness.

In addition to touring prep, Adams has also released four studio albums so far this in 2022, under his own label PAX-AM Recordings label: Chris - a tribute to his late brother, Romeo & Juliet - another double album following shortly, FM – a more traditional rock-and-roll record and Devolver – an album Ryan gave away for free, dedicated to his fans to mark their contribution and commitment to mark his one year of sobriety. Music legend Don Was recorded his Carnegie Hall concert in May for later release.