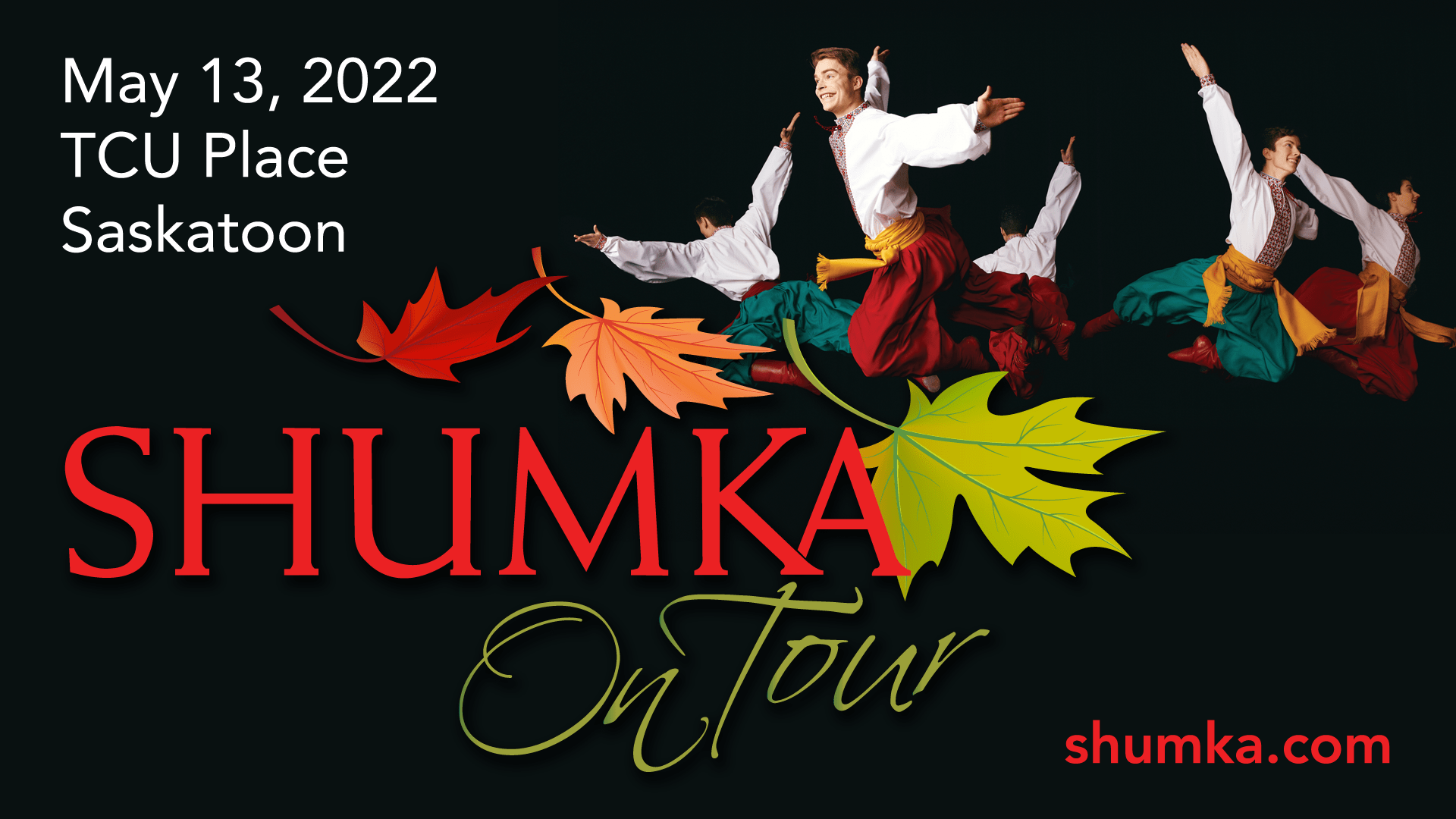 After decades of performances near and far, the whirlwind returns with its tenth Canadian tour.

The Toronto Star called Shumka “Canada’s National Treasure,” and the Globe & Mail compared Shumka’s work to that of Riverdance.

Celebrating Shumka’s legacy as a leading dance company in Canada, Shumka on Tour will feature two new works including the whimsical Mosquito’s Wedding, a true feast for the eyes and a love story with a message that all we need is love; and a salute to the past through an adaptation of Shumka’s celebrated signature work in Echoes of Hopak. In addition, the Tour production will include Shumka’s most recent film project – Promised Land – a tribute to the 130th Anniversary of Ukrainian immigration to Canada.