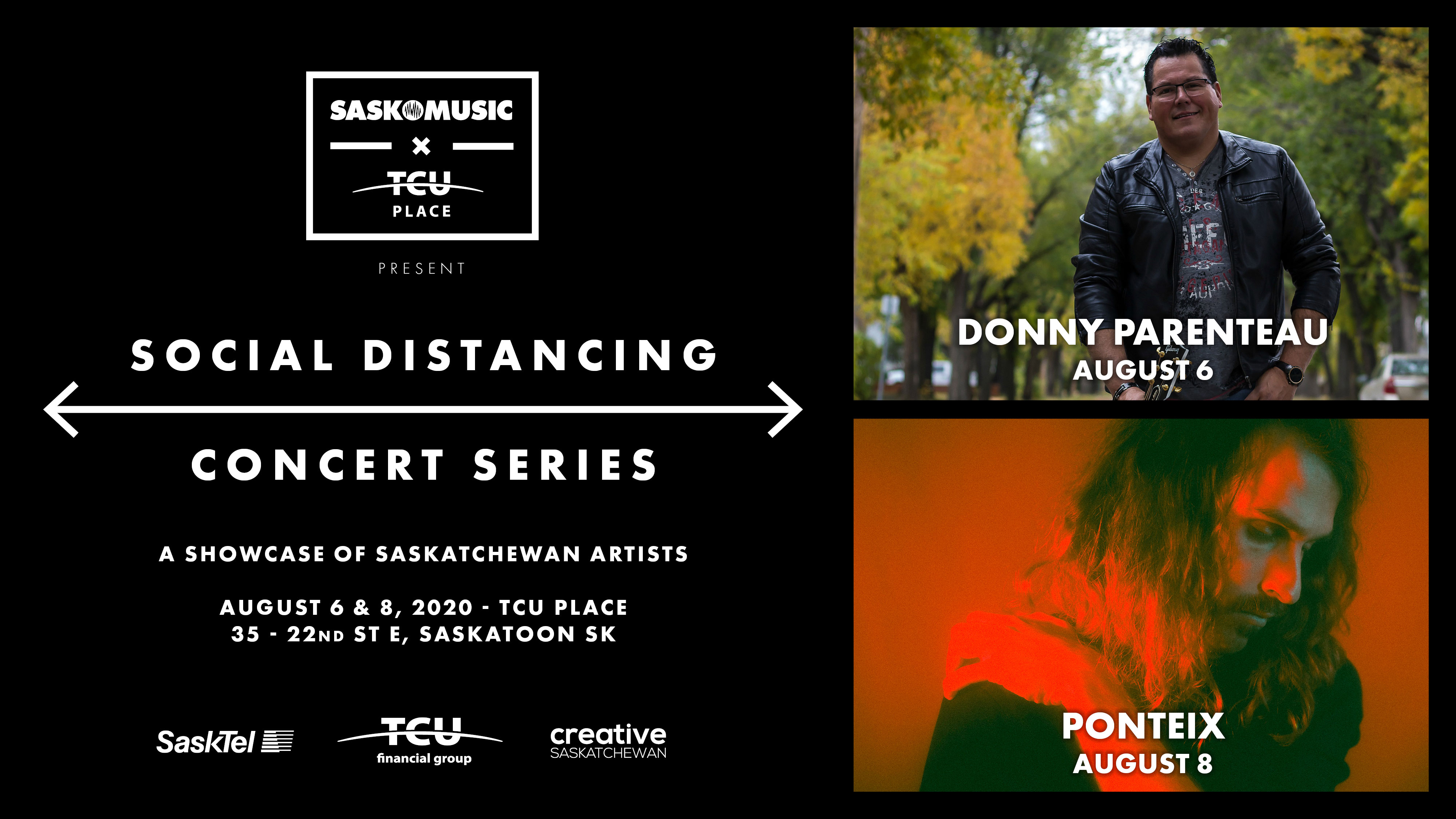 Live music is returning to the Sid Buckwold Theatre! TCU Place, together with SaskMusic, proudly presents the Social Distancing Concert Series on August 6 & 8, 2020. Two 1-hour concerts featuring Saskatchewan musicians will welcome guests back to TCU Place after a prolonged closure due to COVID-19.

The concert series is being sponsored by TCU Financial Group, a local credit union who has been helping people and businesses with their banking needs since 1952. They are delighted to support events and non-profit organizations that foster healthy and happy communities. Other partners include Creative Saskatchewan and SaskTel, who will also be recording, producing and publishing the shows to maxTV Local on Demand later in August.

Tickets for each of the shows will be limited to comply with the current phase of the Re-Open Saskatchewan Plan set out by the Government of Saskatchewan. In addition, all safety precautions in the plan will be strictly adhered to in order to ensure the safety of our patrons, the artists and our staff.

August 6 - Donny Parenteau - Born and raised in Prince Albert, Saskatchewan, Donny is a versatile vocalist & multi-instrumentalist. He spent twelve years touring the world with Neal McCoy; recording on multi-platinum selling albums & playing on numerous shows, including performances on The Grand Ole Opry & The Tonight Show with Jay Leno. After starting his solo career in 2003, Donny has garnered over one hundred nominations at seven major award shows, including three JUNO nominations, and his first USA nomination for “Best Country CD” at the 2014 Native American Music Awards. Donny’s latest CD released in 2018, “Favourite Hymns of the Metis”, gave him his latest 2019 nomination for Indigenous Artist of the Year with the Sask Music Awards. Donny continues to perform, teach at his Donny Parenteau School of Music, and speak his message of inspiration and “Bully Free Zone” tours at schools across Western Canada.

Tickets on Sale Tuesday, July 21 at 10:00am - Tickets are available by phone or at the Box Office exclusively.