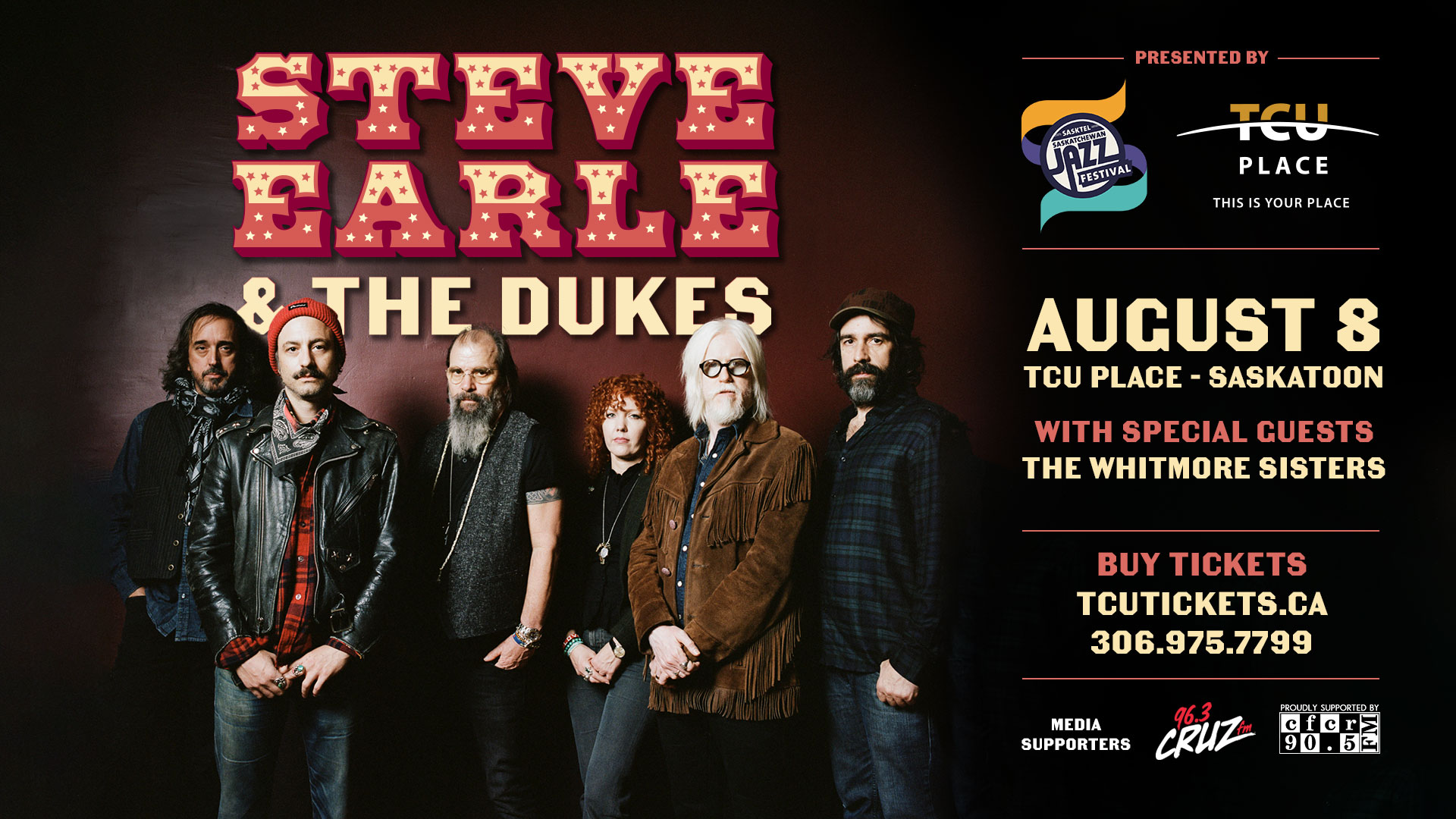 About Steve Earle & The Dukes

Steve Earle is one of the most acclaimed singer-songwriters of his generation. A protege of legendary songwriters Townes Van Zandt and Guy Clark, he quickly became a master storyteller in his own right, with his songs being recorded by Johnny Cash, Waylon Jennings, Joan Baez, Emmylou Harris, The Pretenders, and countless others. 1986 saw the release of his record, Guitar Town, which shot to number one on the country charts and is now regarded as a classic of the Americana genre. Subsequent releases like The Revolution Starts...Now (2004), Washington Square Serenade (2007), and TOWNES (2009) received consecutive GRAMMY® Awards.

Restlessly creative across artistic disciplines, Earle has published both a novel and collection of short stories; produced albums for other artists such as Joan Baez and Lucinda Williams and acted in films, television (including David Simon’s acclaimed The Wire), and on the stage. In 2009, Earle appeared in the off-Broadway play Samara, for which he also wrote a score that The New York Times described as “exquisitely subliminal.” Earle wrote music for and appeared in Coal Country, a riveting public theater play that dives into the most-deadly mining disaster in U.S. history, for which he was nominated for a Drama Desk Award. His 2020 album Ghosts of West Virginia was named as one of “The 50 Best Albums of 2020 So Far” by Rolling Stone. Mr. Earle was recently (Nov 2020) inducted into the Nashville Songwriters Hall of Fame. Last year, Earle also recorded the heartbreaking J.T., featuring the brilliant songs of his son Justin Townes Earle, who died at 38 years old in 2020.

JERRY JEFF is Earle’s 22nd album. He’s released nearly an album a year since getting sober in the mid 1990s, LPs ranging from bluegrass to blues to folk to country. One of America’s most gifted living songwriters, he is singing better than he ever has, working harder. At the moment, he’s writing two books, his second play, and hosts his long running The Steve Earle Show: Hardcore Troubadour Radio on Sirius XM. Throughout the pandemic, he also hosted Steve Earle’s Guitar Town, a YouTube series about his massive instrument collection. “I'm just trying to stay out of trouble,” says Earle with a laugh. "If I stay busy, then I'm OK.”

About The Whitmore Sisters

The Whitmore Sisters are sisters Eleanor and Bonnie Whitmore, two of roots music’s most accomplished songwriter/instrumentalist/vocalists. After four solo albums, Bonnie joined Eleanor in their Los Angeles closed circle during COVID and the once ‘divorced’ sisters conjured Ghost Stories. The collection and two covers (Aaron Lee Tasjan’s “Big Heart Sick Mind” and Paul McCartney’s “On the Wings of a Nightingale” for The Everly Brothers) were produced by Eleanor’s husband, Chris Masterson (The Mastersons) and released by Red House Records in January 2022.

“We’ve had a lot of loss, a couple of dead ex-boyfriends, and a lot of friends that have passed on – and writing about the grief, especially working towards this record, there’s been a lot to consider,” Bonnie says. The sisters’ closeness and unconventional upbringing as Navy brats trained to fly as girls, not to mention their melodic sensibility and pure blood harmonies, create something truly special.