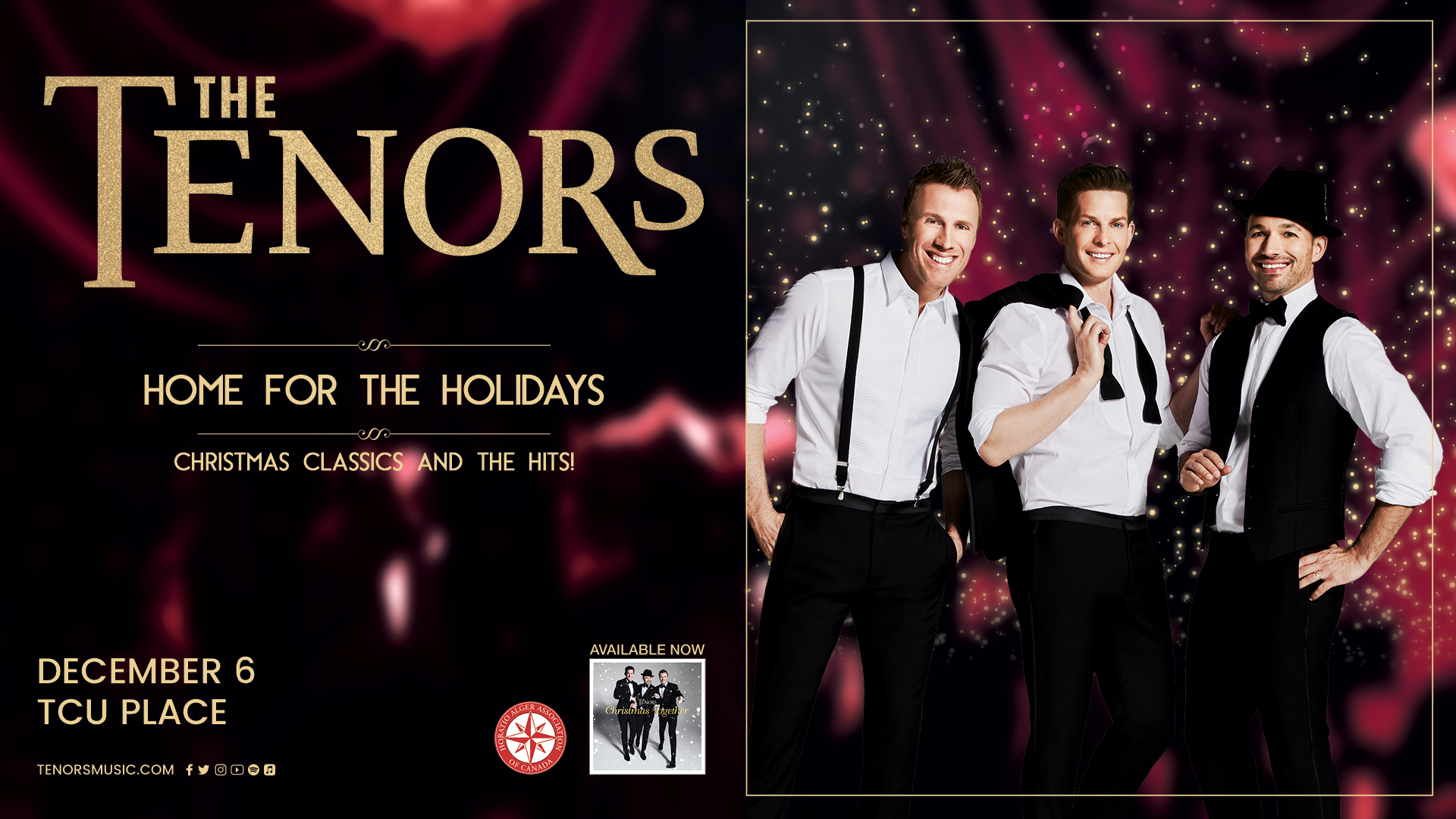 Multi-platinum, JUNO Award-winning vocal supergroup,The Tenors will be spreading Christmas cheer across North America with their upcoming holiday tour, “Home for the Holidays -  Christmas Classics and the Hits!”   Beginning in Edmonton, AB on November 27, The Tenors will bring the spirit of Christmas to fans in 16 cities across Canada and the U.S. Tickets for the tour go on sale starting Friday, July 27 at 10 A.M. The Tenors VIP packages will include a meet and greet with The Tenors, premium seats and exclusive merchandise. Visit tenorsmusic.com/vip-options for more information.   “Performing during the Christmas season is a longstanding tradition for the three of us – whether it was church choirs,carolling, community concerts or family sing-alongs around the tree. Music and the holidays have always gone hand in hand,” said The Tenors. “We’re thrilled to share in the magic of the holidays with our fans.” The Tenors – Clifton, Fraser, and Victor, have been thrilling audiences around the world with their powerful songs, outstanding harmonies, and undeniable charm.

band have achieved international success, performing over 1000 live shows and hundreds of TV

States, including at the White House Christmas Tree Lighting for the Obama family, for the

world leaders at the G20 Summit, for the opening ceremonies of the XXI Olympic Winter

Games, for Her Majesty the Queen’s Diamond Jubilee, The Oprah Winfrey Show with Celine

Check them out at TCU Place on December 6 as they bring their Christmas Classics and Holiday Hits to the stage!