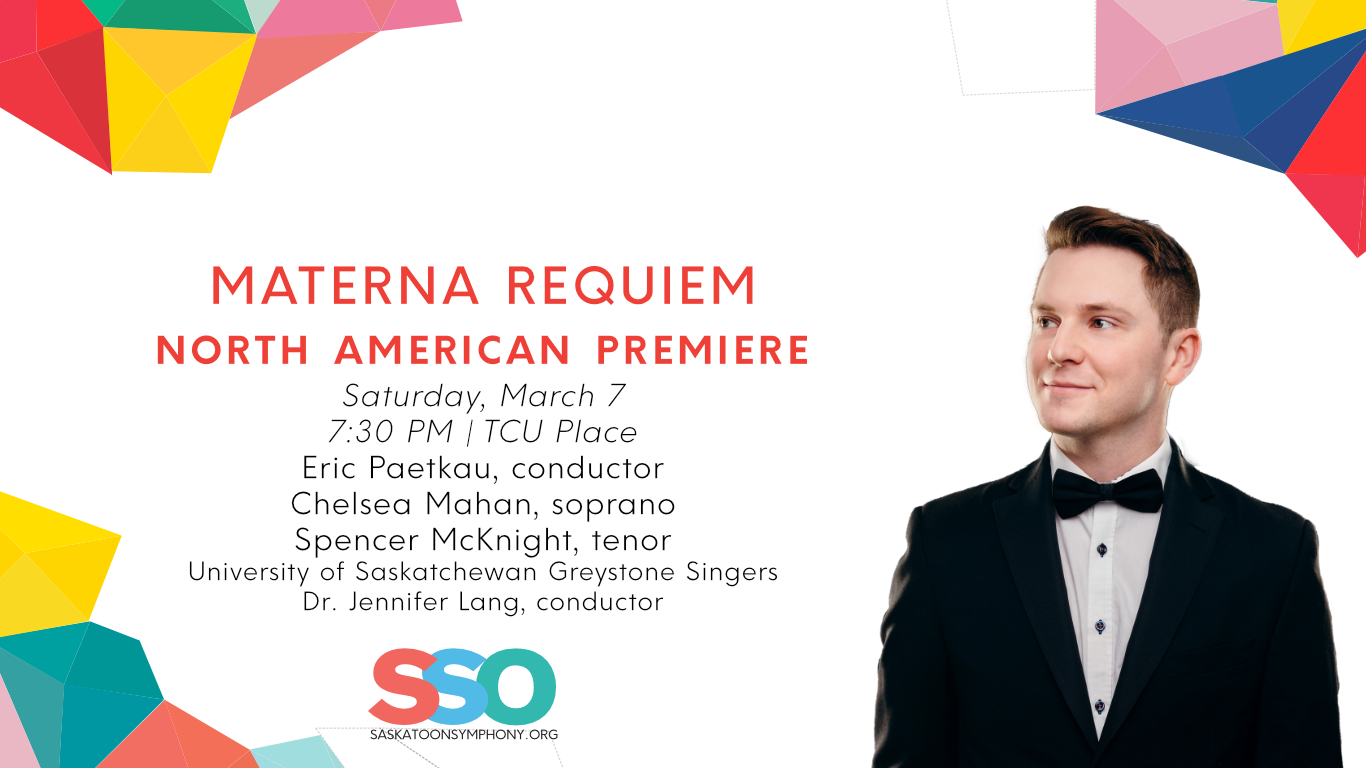 The SSO is honoured to give the North American premiere of Materna Requiem by composer Rebecca Dale. In 2018, Dale became the first ever female composer signed to a record contract with Decca Records – her first release from this partnership was a feature recording of her stunning Materna Requiem. Written in memory of her mother, Dale’s Requiem is at once uplifting and heartbreaking and features some of the most beautiful choral writing you’ll ever hear.

The evening is dedicated in memory of longtime SSO supporter Jeanne Walters. At the time of her passing in spring 2018, Jeanne had been a subscriber for more than 80 years and she had served in numerous volunteer capacities for more than 40 of those years.